With general information and directions to the local dune access points and other points of interest, the Dunes Center is a must see for anyone interested in traveling through the Central Coast and the Guadalupe-Nipomo Dunes. We also have a variety of educational opportunities in the Center with different animal specimens, interactive activities, as well as a collection of short films about the local area. We are handicap accessible and have a gift shop and restroom. Please add the Dunes Center to your Central Coast itinerary.

Other days by appointment 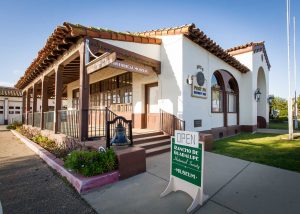 Formed in 1989 by residents wishing to preserve the rich cultural and economic 150+ year history of the area, gained nonprofit status in 1993. In 2002 a Museum site was obtained in a corner of the Veterans’ Memorial building at 1005 Guadalupe Street/Highway 1, Guadalupe, CA 93434.

Open 1-3 PM Saturdays and Sundays or call for appointment:

This coastal county park is renowned for miles of pristine sand dunes along the shore and many sensitive plants and animals including western snowy plover and California least tern. This is a place to truly enjoy nature and solitude.

Point Sal State Beach (SB) is located in the northwestern part of Santa Barbara County, near the city of Guadalupe.  The park consists of approximately 80 acres and includes just over 1 1/2 miles of ocean frontage.  Lands above the beach and rocky shoreline have extremely steep slopes, and numerous landslides are evident. Prime examples of coastal sage and chaparral communities occur on these slopes.  Giant coreopsis is abundant in the area and dominates wildflower displays in the spring.

Views of the coastline, beach and rugged mountain slopes are exceptional.  Lion Rock, located offshore, is an important bird-roosting site and is also used by sea lions and other marine mammals.

Just north of Guadalupe, California, lies one of the most scenic natural areas all along California’s coast, Oso Flaco Lake.  To get there, three miles north of Guadalupe, turn west onto Oso Flaco Lake Road, this road will dead end at the parking area for this hidden State Park. The lake has been called Oso Flaco, meaning “skinny bear,” ever since 1769 when Gaspar de Portola’s expedition passed through. The reason for this is attributed to a fateful meal shared by the explorers. The group saw, shot and subsequently ate a skinny bear they had seen on the shores of the lake. By the next day, several of the men had died. The tale goes that the native people, the Chumash, had fed the bear tainted meat which when consumed would…read more 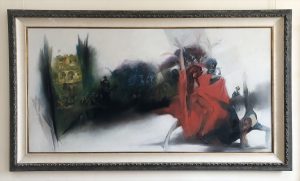 On the north side of town right on Highway 1,  you can find Ritter 928.  This neat little art gallery features an exhibition of renowned Santa Barbara artist Julian Ritter (1909-2000).  These painting happen to be Julian’s favorite paintings…how do we know this?  The collection is curated by his son Mike Ritter.  The gallery is currently open by appointment only so you’ll have to call ahead!